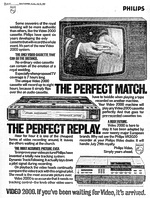 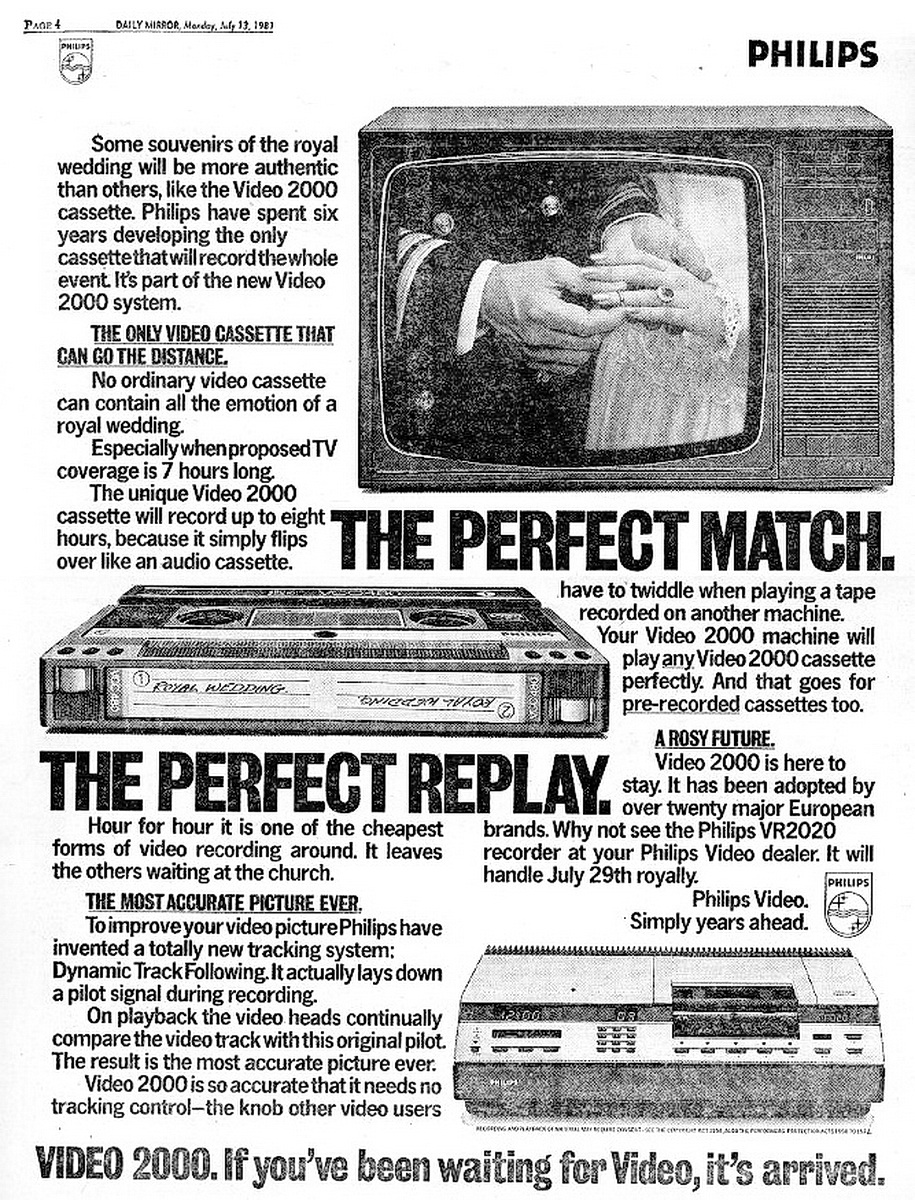 From the people that brought Mortal Kombat to the PC comes a game based on the film and video arcade game Batman Forever. Requirements are a 486DX 33Khz processor, 8Mb RAM, double speed CD-ROM drive, 35 Mb of hard disc space, VGA graphics card, DOS 5.0 or greater, and a sound card. As with most of these types of games you can play it with the keyboard but a gamepad is recommended. The installation scans your PC to see that it is capable of playing the game, and has enough disc space. It then copies the files across and runs a simple sound program to get the correct settings for sample playback on your sound card. It then tests to see if your video display is VESA compatible for the cut sequences. These are AVI files with an unusual compression technique, to give an interlaced letterbox format. The full motion video sequences are all rendered, and not played by actors. They take up 61Mb of the CD-ROM. All the music is played by audio tracks on the CD (eleven in total). Each track of background music is about five and half minutes long, and if you haven't completed a level by then it simply repeats the track. This means the game will sound the same using any sound card, but uses a large amount of hard disc space, as you cannot read from the disc when the audio tracks are playing. All the soundtrack for the cut scenes, which just show you moving from one area to the next, are coded into the clips themselves, otherwise you would have another 61Mb of hard disc space to be used.

The cover of the box has pictures from the film, and a copy of the poster used to promote it on the front, with words such as full motion video and real digitised characters. This gives the impression that you can see clips from the film in the game, and it features the actors from the film, but it doesn't. To film all the moves that the characters make and digitise them into the computer probably took a long time, and Acclaim are not going to be able to afford to get Val Kilmer, Tommy Lee Jones, Jim Carrey or any other members of the cast to re-film the moves required. This gives a false impression of the game but doesn't affect the gameplay.

You play Batman or Robin (or both in the two player option) who has to fight through eight levels (plus a training mode so you can get use to your movements) sequentially in a battle against Two-Face and The Riddler. Each level has several bad guys to fight against with a combination of moves and gadgets, much like Mortal Kombat, but with smaller figures on the screen.

The levels start with Arkham Asylum, where Harvey Dent (Two Face) has escaped from, releasing his fellow inmates to battle against the dynamic duo (or half of the duo in single player mode). After attacking a number of criminals, you advance to the 2nd Bank of Gotham. As Two-Face and his gang prepare to rob the bank of it's vault and the money inside, you must get to the 22nd floor where they are working, freeing the hostages and taking care of the henchmen in your path. You then travel to The Circus, where you have a rush against time to get to the rooftop to disable a time bomb. The time ticks away on the screen as you move around the big top fighting more criminals. There are extra time bonuses available on this level to make it easier. Next is Two-Face's hideout in a warehouse, with crates hiding pickups and henchmen. Background objects also can be moved via secret switches, and you must also battle with Two-Face's consorts Sugar and Spice before facing the man himself. The action moves to the Ritz Gotham, where Eg Nygma (The Riddler) has thrown a party for the wealthy, in a ruse to rob them. Trap door switches can render enemies harmless, as Batman and Robin battle through this level. Next comes an Abandoned Subway Station, where one of the thugs blows a hole in the floor.

The fight continues on top of a speeding subway car and finally inside the train itself. Then it moves onto Wayne Manor and the Destroyed Batcave. At the party The Riddler discovers the real identity of Batman and the location of the Batcave. The duo must fight the henchmen here and save the cave from being burnt to the ground, along with Bruce's home. The final battle is set on Claw Island, where Two-Face and The Riddler have kidnapped Dr.Meridian. You fight your way into the hideout and face more booby traps until you get to the throne room, where you face the two enemies. The Riddler has a super strength outfit through which you must defeat him and his bursts of mental energy.

Around the levels the pick ups include partial energy, full energy, riddler boxes (which give game tips), extra time, two face coins (which give extra energy and lives, depending on which side is showing) and gadget blueprints. Collect four of these latter objects on any level and you will get a new optional gadget to use on the next level. You have access to three default gadgets and a choice of one optional one. For Batman, you have the Batarang, to throw at your enemies, the grappling hook, to help you move up and down levels, and the sonic pulse globe, which explodes on contact with an enemy. The optional gadgets, which you can choose one from a list at the beginning of a level, include smoke pellets, gas, slippery goo, force wall, flash pellet or bat bola. They have a wide effect of disabling your enemy or protecting yourself from harm. Robin's gadgets are different but have similar uses. The blueprint gadgets are a homing batarang, which will attack three enemies, bat cuffs, which hold enemies still, then explode, a holographic decoy, which lures an enemy away, and rocket boots, which propel the wearer towards the enemy.

All characters have an energy bar, which shows how much damage they have sustained. When your energy is depleted you lose one of your five lives. At the end of the level a percentage score is given showing the number of pickups recovered, enemies attacked and secret areas discovered. Find the maximum and you receive a bonus. Controlling Batman/Robin requires a combination of ten keys on the keyboard, allowing the character to walk left and right, jump, crouch, somersault/flip, roll, drop through platforms, cape glide, block, punch (high and low), kick (high and low), back attack, sweep, uppercut, roundhouse, grab, or fire the grappling hook. This may sound complicated, and to start with it is. It took me ages to learn how to use the hook to move up to a platform. I had killed all the enemies on the one level, and I only guessed by using the hook that there was a second platform with more enemies to defeat. There are no detailed instructions on any of the levels, so you must explore everything in order to complete it. Most of the game is involved with defeating the enemies that drop down from the ceiling, collecting items or moving to parts of the screen to trigger even more enemies to appear, until you have killed the right number for that level.

The cut scenes tend to just get in the way and would have been better if they were from the film. The copy protection means that you have to have the CD-ROM in your drive to play the game, and if you remove it, the game will crash (according to the manual). The game is not as enjoyable as the Mortal Kombat series, which even though I've never completed, I still like to play from time to time. The characters are smaller in Batman Forever, to give more room for the movement aspect of discovering items, but even though they are all digitised from real actors, they don't quite move naturally. Batman walks constantly ready for a fight and sometimes looks quite comical, unintentionally, with his hands up and swaying a bit too fast (that's all of him, not just his hands). You can pause the game, but you cannot save your position, so if you get to the seventh level and you lose your lives, you have no option but to start from the beginning.

A brave attempt of a film tie-in expanding on a popular games engine, but the fact that it doesn't feature any of the real cast from the film in the game itself is a bit of a disappointment. Mind you, at the size the characters are on the screen, you probably wouldn't recognise them anyway. There is a cheat mode from the first screen, which you enable by entering a word, which then lets you choose which level to start on, and kill enemies with one blow. When you finish the last level, you have a screen of the famous Bat Signal, with a message saying you have completed the game. You then have about three minutes of credits. There's no high score table or anyway of seeing how well you have done, and I found this to be annoying as well. The characters may be human but look unnatural and fast, and even with three levels of gameplay (easy, medium and hard) I would find it difficult to want to go back and play the game again. Alternatives are Street Fighter 2 (£10 Kixx Interactive Classix) or Mortal Kombat 1 & 2 (£15.99 Acclaim).